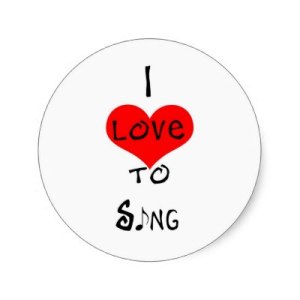 This page contains resources and there description and also to assist our precious audience on where to get the best purchase of this recommendations.
How to Be a good Singer (This post from guardian.com really helped me in my quest to be a better singer)

Being a rubbish singer is something I’ve long wanted to fix. But how easy is it to sort out? Would it be possible to improve my singing voice in just one short lesson? If anyone could help me then surely it was David Grant who, with his wife, Carrie, has coached Take That and Charlotte Church, as well as writing the book How to Sing. David’s agreed to give me a two-hour lesson, all geared towards performing one song one great party trick.

I’m nervous when I arrive, but David instantly puts me at ease. I realise that finding a teacher who won’t judge you is crucial, because to get your voice in shape it’s helpful to put yourself through some embarrassing vocal exercises. Such as singing lyrics designed to help you pronounce vowels â€“ never before have I been so passionate over a song about macaroni. Or having to sing while trying to lift David’s grand piano, the resultant strain forcing me to subconsciously belt out the notes with added volume.

The most important thing I learn, though, is how to breathe properly. When David first asks me to take a deep breath, I instinctively puff out my chest while my stomach contracts. “We’re taught to be tense, to hold ourselves in,” he says, before explaining that the proper way to breathe is to relax, take in air deeply as if into your stomach, and then use this to support your voice as you sing. It can feel counter-intuitive, but with a bit of practice I start to get the hang of it.

It’s fascinating stuff, and not a single second of our lesson is wasted. Even when David asks me about my journey to his place, it ends with his pianist Katie saying “Hmmm, interesting” and playing David a trio of notes on the piano. “The reason we had that conversation,” he explains, “is so I could work out where on the scale your natural speaking voice falls.” We spend the last half hour focusing on my karaoke song. I’ve picked Fleetwood Mac’s Don’t Stop because I love Christine McVie’s plaintive voice and the song’s range seems limited enough for a novice like me. Yet there are many other things I overlooked, from needing to think about who the song is addressed to (and picking a similar situation in my life to focus on), to the fact that the verses are densely packed with notes, which makes the rhythm tricky.

I’m sad to leave when our two hours are up yet I’m also on a massive high: all that air flowing through your body gives you an endorphin rush not dissimilar to a session in the gym. Have I mastered singing Don’t Stop by the time I leave? Far from it, but I feel I’ve gained a good grasp of the basics. And although I detect an element of sarcasm in my wife’s comments when I get home â€“ “bloody hell, it’s Scott Walker!” â€“ it’s undeniable that a whole range of previously unattainable baritone notes has been opened up to me.

Of course, it’s one thing to sing freely in a rehearsal room, quite another to do so in public. And so, two days later, I head to All Star Lanes in Brick Lane, London, to test out my new skills. The pressure’s on: standing in front of my audience of six friends, I suddenly know exactly how it feels to be Chris Martin surveying Glastonbury’s Pyramid stage crowd. But the pressure doesn’t last long. Less than a minute into my rendition of Don’t Stop and my friend Jim turns to me: “Have you been taking singing lessons?” For the first time in his life, he doesn’t appear to be taking the piss. The night is 60 seconds old and it’s already an unqualified success.

From there we throw ourselves into all manner of songs, reaching a peak with an emotional rendition of Take That’s Back for Good before ending the night as drunk as ever and belting out Erasure songs in keys that have almost certainly yet to be discovered. Although this last bit wasn’t strictly in David’s manual, I like to think he would have approved in some way: after all, the whole point of singing is to enjoy yourself.

1. Learn to breathe A couple of hours’ practice makes taking air into your lower lungs, which seems counter-intuitive, easy

2. Don’t be afraid of failure The worst thing is to hold yourself back

3. Pick a song that you identify with If you ‘feel’ what you’re singing it will come across

4. Find your natural range It may not be what you thought (in my case, it was a lot lower)

5. Sing louder Your voice should sound best with some power behind it

Take it further At a class

Take individual lessons with a pop pro, Amelia McCloskey, who has coached X-Factor contestants. Lessons run for 35mins-1 hour in her Devon studio.