Sofia Carson appeared to open the show with “A Whole New World”.

(Sofía Daccarett Char, known professionally as Sofia Carson, is an American actress and singer. Her first appearance on television was as a guest star on the Disney Channel series Austin & Ally.)

“A Whole New World” is a song from Disney’s 1992 animated feature film Aladdin, with music by Alan Menken and lyrics by Tim Rice. A duet originally recorded by singers Brad Kane and Lea Salonga.

Jonathan Michael Batiste is an American musician, bandleader, and television personality. He has recorded and performed with artists in various genres of music, released his own recordings, and performed in more than 40 countries.

Born on 11 November 1986 (age 34 years), in Metairie, Louisiana, United States.
Jon Batiste Movies and TV shows: Amongst others, he has been on The Late Show With Stephen Colbert.

Katty even wore a Tinkerbell costume for the show. 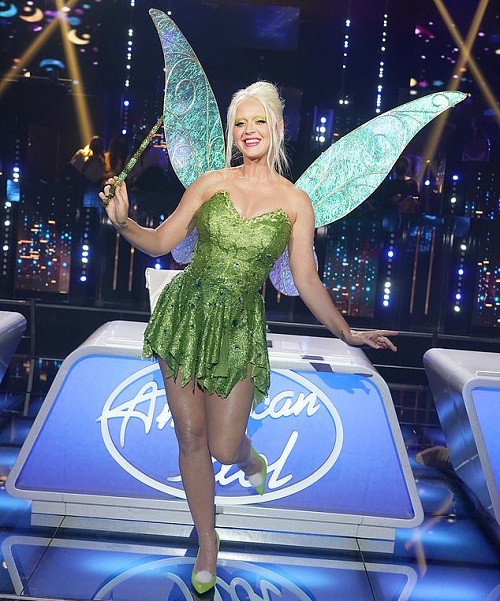 Tinker Bell is a 2008 computer animated film based on the Disney Fairies franchise produced by Disneytoon Studios. It revolves around Tinker Bell

American Idol May 3. Songs They Sang and Reaction of Judges

American Idol 2021: Arthur Gunn Made It

Congratulations to Arthur Gunn, who won this fortunate spot. Arthur Gunn was Season 18’s runner-up. 10 artists from Season 18 were given a second chance to win the final spot in the Top 10.

Three of The “Idol” finalists will not be moving forward. And they are:

Alyssa Wray eviction aroused a large sum of mixed feelings. It even made the news and headlines, that the Kentucky ‘American Idol’ singer was robbed of making it with the final 7.